Employment trends to look out for in 2023 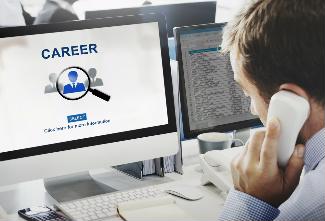 2022 was certainly an interesting year for employment. Despite many (if not most) governments lifting their stay-at-home orders, many employees continued to work remotely. Part-time and freelance work became increasingly preferred to permanent, full-time employment.

And, despite thousands of job vacancies and an impending (or, arguably, current) recession, unemployment rates are historically low. So, what new, curious patterns can we expect to see in the workplace next year? And how will they shape the business world? Let's find out:

Focus on benefits and remuneration

In a labor shortage, when work is in high demand and short supply, workers have the upper hand. Of course, employers have the final say in who gets hired, but employees have the freedom of choice when it comes to job applications. The current skills scarcity which we're experiencing isn't anticipated to dissipate any time soon. This means that organizations have to work on their appeal, and one easy way to do this is through their salary and welfare packages.

Before the 1960s, benefits like health insurance and paid time off were a luxury. Since then, they've become an expectation among job-seekers. A recession will cause increased costs of living, making expenses like child care, medication and groceries more expensive. Consequently, business owners are forecasted to enhance their programs to attract employees.

Rise of the four-day workweek

The five-day workweek has been the traditional way of working for decades since it was introduced by Henry Ford in the early 20th century. However, many people argue that it's no longer the most effective way of working. Some suggest that shorter working periods give less time for employees to procrastinate, which results in improved productivity.

Indeed, in many companies (particularly small start-ups), four-day workweeks or five-day workweeks with shorter business hours are becoming increasingly popular. This is expected to continue in addition to embracing more flexible working hours and schedules. Employees have realized that there's just not enough time in the day to work and attend to personal matters, especially in dual-income or single households. Many will be gravitating toward a four-day workweek when it's an option. Employers should be cognizant of the benefits of changing their workweek duration, although it'll be a monumental shift for some.

Many companies have historically seen employees as cogs in their machines. It's evident in the phrases we've used to describe staff: workforce, human resources and human capital. However, workers are increasingly recognizing their value and choosing employers who do so, too. It's evident in the Great Resignation that began during the pandemic.

Employees expect a workplace that puts them — not profits — first. As a result, businesses will continue implementing hiring and working strategies and policies that prioritize their workers' well-being over their bottom line. This can include many methods such as equal opportunity recruitment, effective mediation policies, benefits and flexibility. Its culture will determine whether a company thrives or dies.